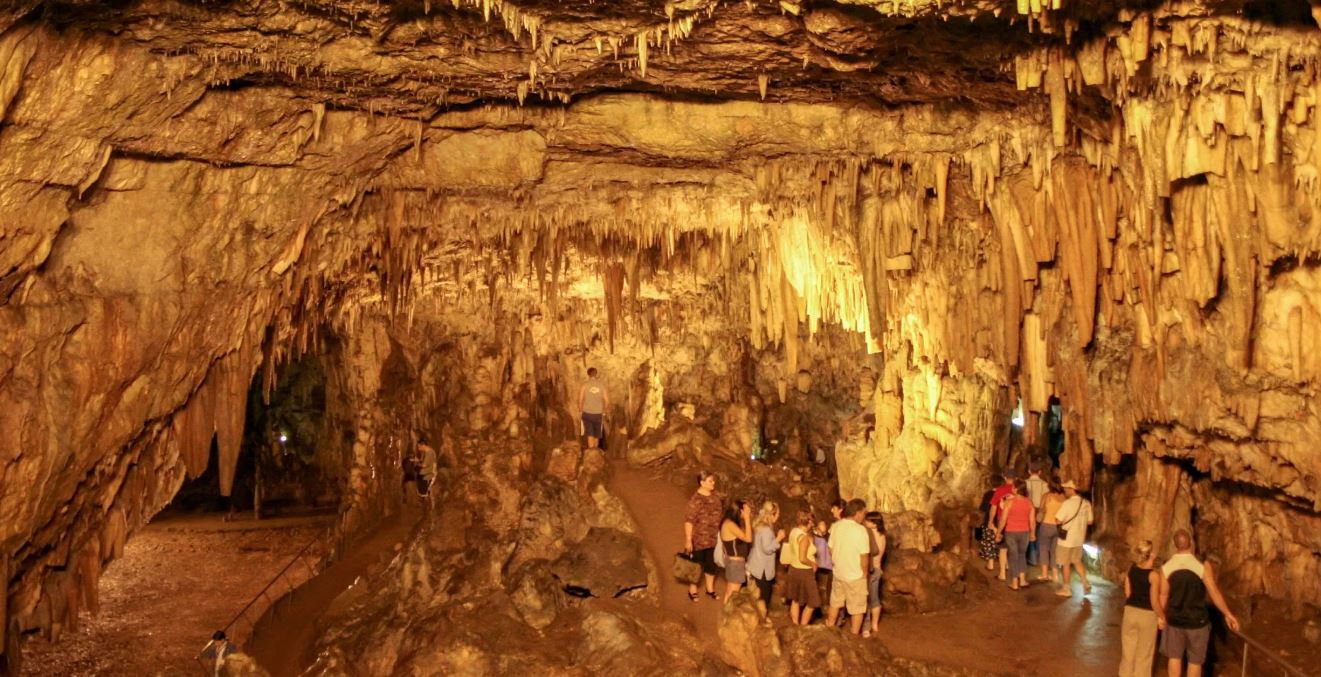 The Drogarati Cave in Kefalonia: The Drogarati Cave in Kefalonia was discovered 300 years ago and opened to the public in 1963. It was discovered when a strong earthquake caused a collapse that revealed the cave’s entrance. Drogarati is an impressive cave with remarkable formations of stalactites and stalagmites. Speleologists say that this cave is about 150 million years old and constitutes a rare geological phenomenon. The cave is about 60m deep and has a constant temperature of 18ΊC. The humidity of the cave reaches 90%.

Although it has undergone many damages because of earthquakes, stalactites still hang from the roof and form amazing shapes. As water drops fall onto these shapes and solidify, they give them another shape, long but gradually along centuries.

Drogarati Cave consists of two parts. The part accessible to tourists consists of a long corridor that leads to the Royal Balcony, a natural platform of stalactites that beautifully reflect the light. From there, the visitor can see the Chamber of Exaltation, which has great acoustics. This chamber is the biggest hall of the cave; it is sometimes used to host cultural events and has a room for 500 people. To move from one part to the other, you cross colored columns and a small lake.

Scientists have discovered that Drogarati cave has an extension that is not reachable and believes that, through this extension, it is connected to other sea caves. Drogarati Cave is, therefore, a natural art masterpiece that has taken its present form after thousands of years, while it continually changes. It is visited by lots of tourists every year and can be found 5 km to the south of Sami village, on the eastern coast of Kefalonia and right on the main road that connects Sami to Argostoli.